The fourth and last organization we picked out in advance to work as volunteers at was the New Light Organization in Kolkata, India. Since its founding in 2000, this NGO has been dedicated to the countless women who are struggling through life in Kolkata’s red-light milieus, most of whom are marked by a harrowing life story. They come from the most diverse regions of south-east Asia and were in most cases hijacked by their fathers, brothers or husbands to traffickers, and then sold as sex slaves profitably to brothel owners throughout India or even Thailand. Once these women are labeled as prostitutes, a return to a normal life with their former family is no longer an option.

New Light’s mission is to give these women access to education, provide them with medical care, and provide them and their children with a shelter so that they all may someday be able to have a life in reasonably dignified conditions. Two homes for girls and a home for boys are now run by New Light, and good education also plays an important role in helping children avoid being trafficked.

Luca and Valentina left Bangladesh to start their holidays, so I volunteered on my own for the two and a half weeks in Kolkata. But of course he always wanted to be kept up to date and I sensed that he would have liked to have this experience with me together.

My first days were spent getting to know the different projects of the organization. Charlie, a 25-year-old volunteer from the US, happily started coinciding with me, so we could help each other throughout the experience. We spent a lot of time together during the following weeks, which eventually formed a friendship. The main focus of our work was placed on the home for the boys, which was located about an hour south of our residential area. Unfortunately, the trips back and forth were an odyssey, which did not spoil our time together with just over 20 boys between the ages of five and eighteen. In addition to these eventful and entertaining hours, through the cooperation of New Lights with the Sundarban Green Environment Association operating in the Sunderbans, we had the opportunity to spend three nights on the island of Kumirmari in the Ganges Delta.

In order to cover the approximately 80 kilometers into the hinterland of West Bengal, we had to drive for one hour each by train and bus, and another three and a half hours over the branched river arms by boat. Without the help of Pandabesch, the founder of the Sundarban Green Environment Association and my personal hero of the Ganges delta, we probably never would have found the way. For me, it was the most adventurous and most extraordinary day of travel. On the morning of the second day of our stay, we distributed to about 15 villagers solar systems containing DINA4-sheet panels and a built-in battery, and visited three of these families in the afternoon. The spare dwellings of the villagers were worse than we expected, and showed us a side of India that we had not seen before. The next day, which was also my birthday, we spent a lot of time visiting the island’s two high schools. At dusk, we had the chance to look at one of the coastal areas where Pandabesch and his volunteers planted several thousand mangroves in the previous year. His work is really inspiring and I wasnt able to stop thinking about him on the way home to Kolkata.

Back at New Light, the last few days passed quickly. Together with Charlie I organized a donation for the boys‘ home and we tried to spend as much time as possible with them.

With a very special experience and many new friends I was on my way to Siam Reap on April 5th, to travel from there with a longtime friend through Cambodia and Vietnam, before returning home on April 25th. 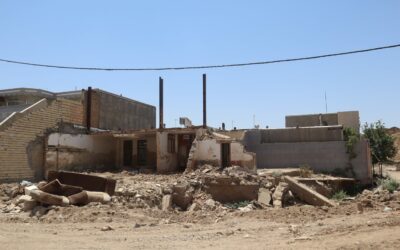